P&D Lydon were employed by Irish Rail to carry out remedial works on the listed structure of the exiting Railway Building that was Ceannt Station.

Ceannt Station opened in 1851 as the main terminus of the Midland Great Western Railway giving the city a direct main line to its Broadstone Station terminus in Dublin.

The works involved carefully removing the cut limestone facade stonework under the supervision of conservation engineers, numbering each stone and careful storage of the same.

The stonework was removed from site to have restoration works to chamfers, damaged and broken stones repaired and then the reconstruction works commenced.

The works took approx. 2 weeks to carry out at the main entrance to the very busy rail and bus station. 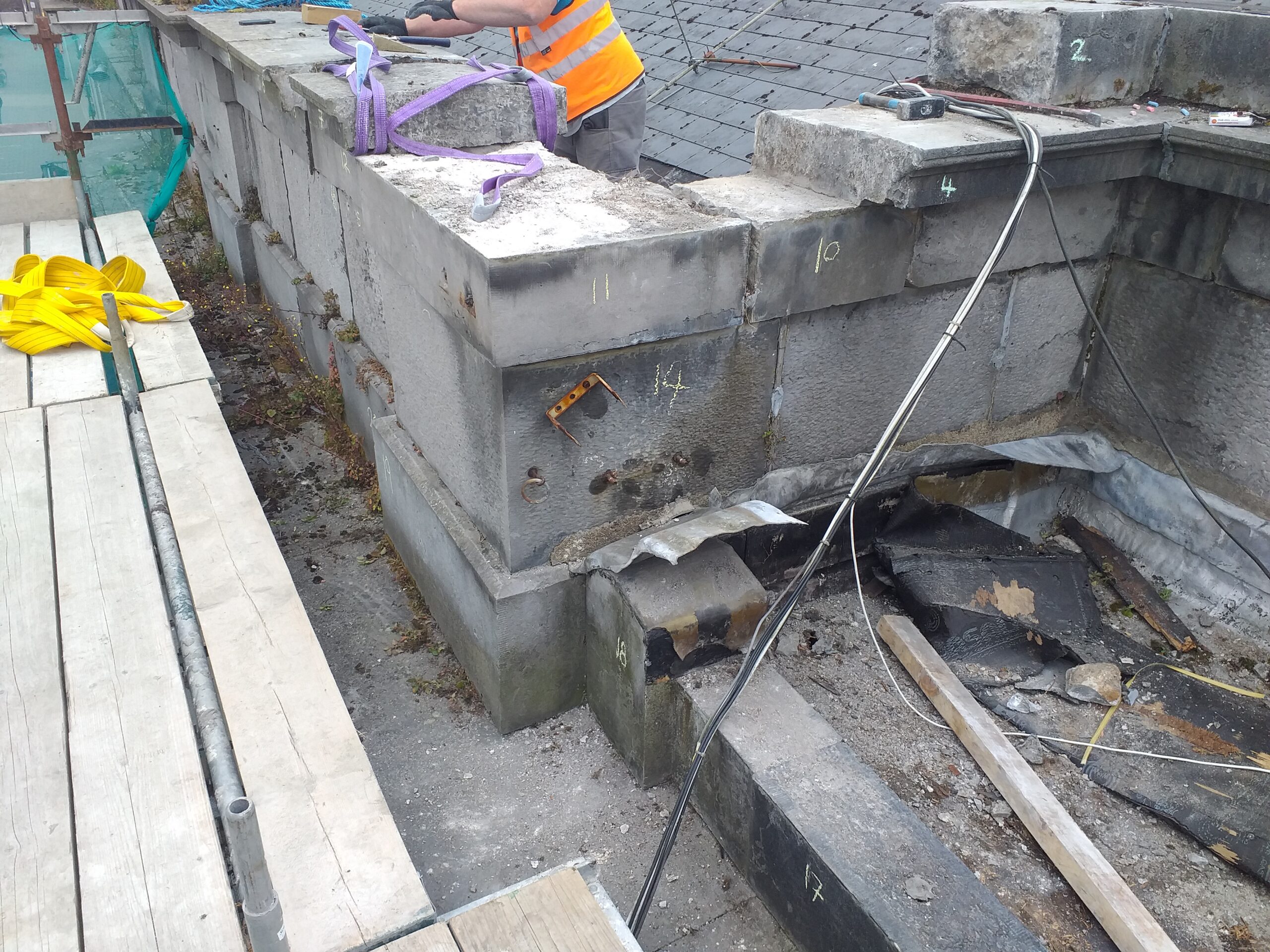 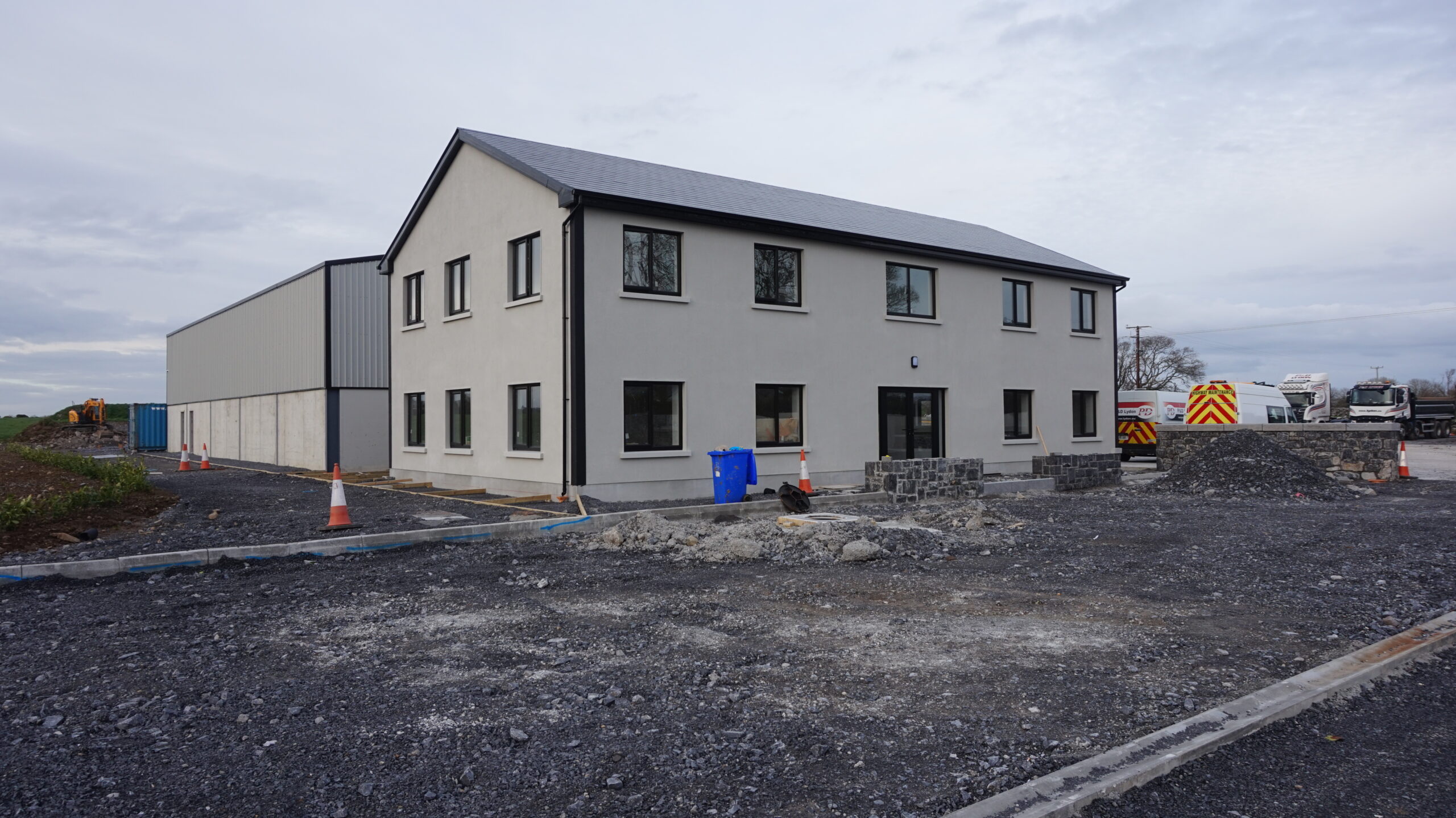 Due to the continuous growth of our company in 2018 it was decided we needed this expansion reflected in our head offices and workshop. 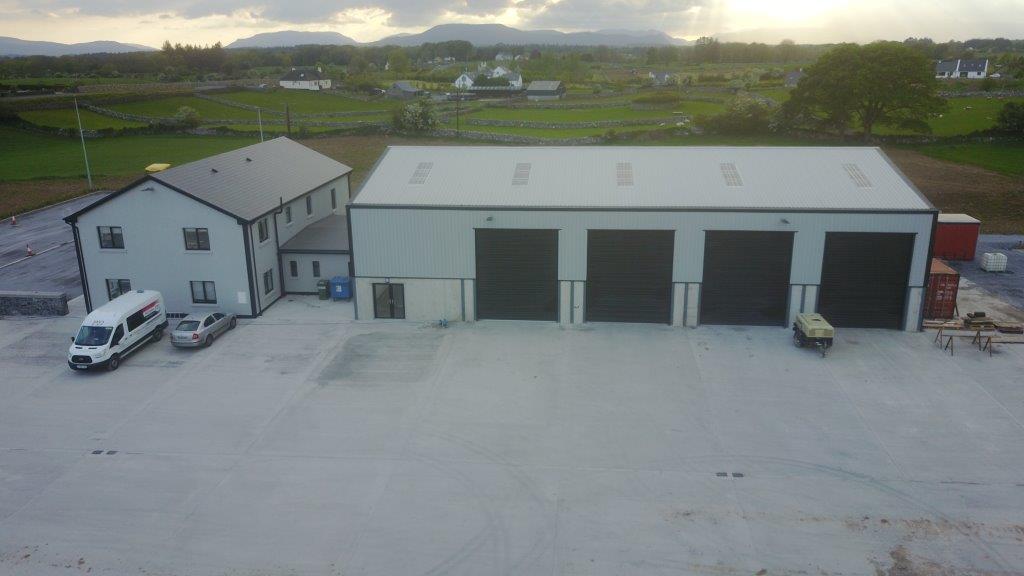 Aligned with the expansion of our offices the same was required for our workshop and garages. Again, after detailed consultation with our staff, we designed and built to our specific requirements. 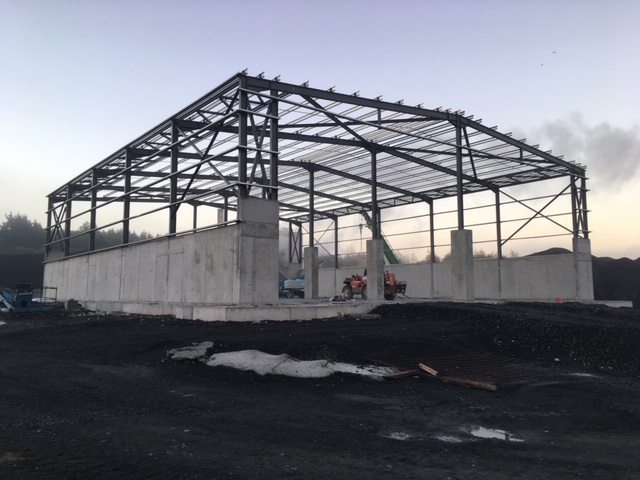 P&D Lydon constructed a large lime storage unit for our clients at their premises in Bunratty.