P&D Lydon carried out desilting works and flood mitigation measures on St. Claire’s River in Galway City. The desilting works were required due to the flood risk and the flood damage that would be caused to properties along Presentation Road, Nuns Island and Maderia Court areas of Galway City due to blockage or obstructions to flows in the River Channel. 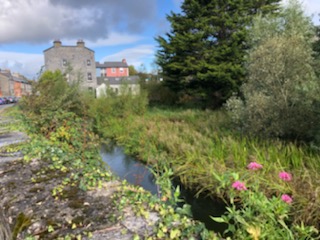 Works were carried out in conjunction with Inland Fisheries Ireland and Galway City Site Ecologists.

St. Claires River is part of Lough Corrib which is an SAC.

P&D Lydon carried out the design and installation of a slipway and pontoon at the quays in urban town of Westport.